The imaginarium of Doctor Drachenfels 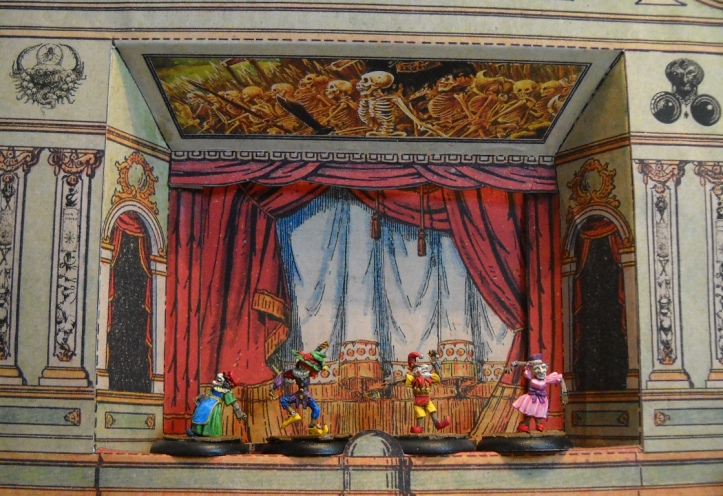 Drachenfels. The Great Enchanter. A devil in human form, who cheated Death for centuries unknown; a man with appetites so base they lay beneath sanitation; a necromancer, torturer of the dead, dismemberer of spirits; a vileness made flesh; a wizard, a scholar, a monster. Untold are the reaches of his barbarities, uncounted the number of his treacheries, beyond belief the depravity of his practices. Was ever such vileness born of mortal flesh?
– Lives of the Depraved, by Konrad Steinhoff
Talabheim, Schnuffler & Son Publishers 2099

Deep in the Grey Mountains hidden far away, there is the castle of Drachenfels, a place of death and madness, the lair of The Great Enchanter. This place is the setting for one of the most silly and  violently nonsense campaigns for  Warhammer Fantasy rpg. It’s a great fun dungeon crawler with a certain death awaiting at every corner, well maybe is funnier for the DM than the players, but the setting succeed to create a paranoid mood like the ambiance in the novel. Yes, because Drachenfels is also a warhammer novel, by Jack Yeovil, I would say is one of the best warhammer novels I ever read, but i haven’t read a lot.
Past year we played this campaign, at a certain point the group of adventurers reaches a puppet theater, where living puppets will perform a parody reenacting the players mistakes and fears trying to taunt them into a deathly combat.
Expecting the group of players will don’t selfcontrol, or succeed to join the satire, I decided to work on some scenery and some miniatures for the upcoming battle.

On internet I found a lovely XIX century paper theater ready to print and build.
I made some modifications on the file to make it more Warhammer-like.
You can download the original theater from this cool blog http://randomcreativity.wordpress.com/2011/08/23/3d-fairy-tale-theater/
The puppets are Wyrd miniatures, the Marionettes from the Malifaux range.

This is the final look of the Puppet Theater

And the curtain rises while mesmerized adventurers watch the show 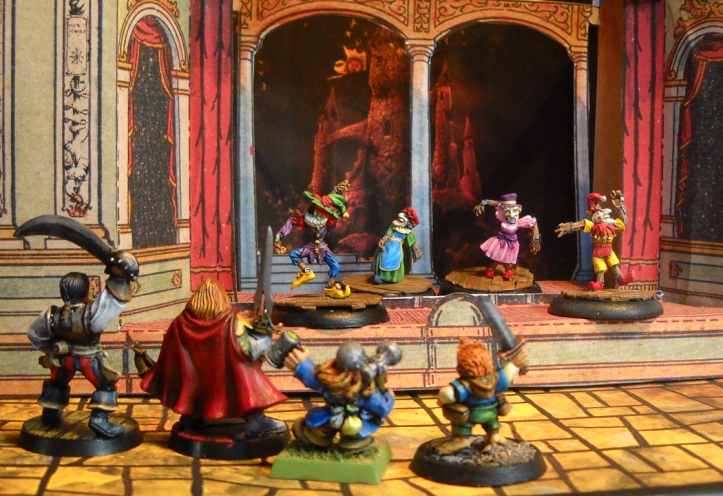 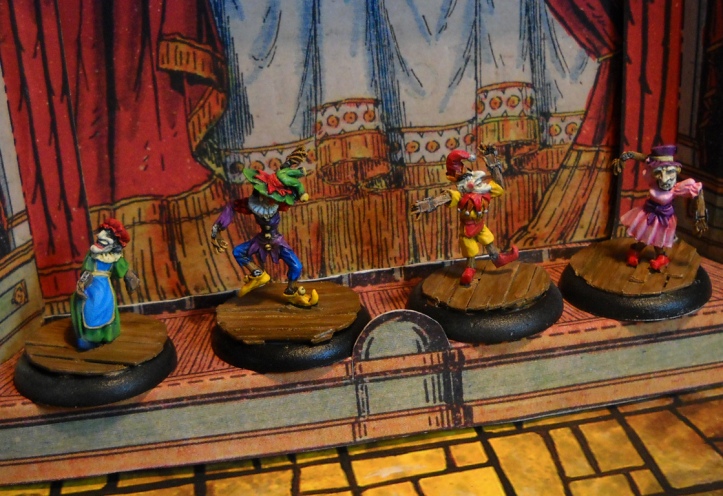